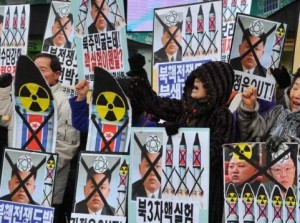 Seoul fears that North Korea conducts a new nuclear test `in a short preiod of time´ after detecting an increase in activity in the facilities of Punggye-ri, where they made their first two atomic tests, announced today the South Korean Defense Ministry.

Min Seok warned that a nuclear test by Pyongyang would cause `serious response measures´ of the international community, although he admitted the possibility that North Korea is making `false moves´ on what would be its fourth nuclear test.

The South Korean government has enabled a monitoring group of these activities in North Korea, the spokesman added.