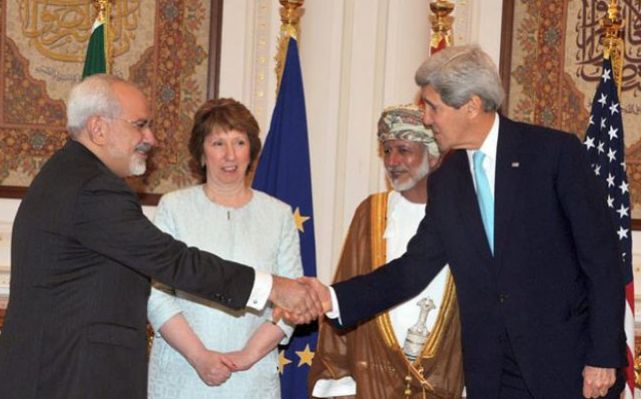 Iran, the US and the European Union (EU) held since yesterday, Sunday, in Muscat, negotiations to reach an agreement on Iran’s nuclear program, amid great hermeticism and some optimistic signs.

In the tripartite meeting, which takes place at the Al Bustan Palace Hotel, participate the U.S. Secretary of State, John Kerry; the Coordinator of the EU nuclear negotiations, Catherine Ashton; and Minister of Foreign Affairs and Iran’s nuclear Chief Negotiator, Mohammad Javad Zarif.

According to statements of the participants, the discussion topics are about the Iranian capability to enrich uranium, the quantities to be preserved, and the duration of the agreement until the country can sustain a nuclear program without enhanced surveillance and pace of international sanctions lifting.

Omani Foreign Minister Yousef bin Alawi bin Abdullah, said that “the way in which the parties negotiate makes him optimistic that the talks will lead to a final solution” in this second and final day of negotiations.