Obama Birthplace is Under Debate 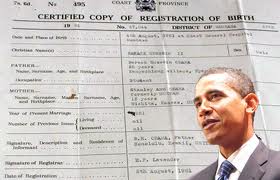 The White House has revealed the official birth certificate of the president Barack Obama. This step was made due to the current debate of Obama’s nationality. According to Dan Pfeiffer, the communication director of the president; informed today that a certified was divulged. The document reveals the signature of Obama’s mother, Anne Dunham Obama, this reveals that Barack Obama was born in Honolulu, Hawai on August 4 of 1961 at 19:24 local time.

The president expects that after this matter is solved he can attend to more serious subjects that concern the American people and the future of the country. This diversion occurred when several presidential candidates, like the tycoon Donald Trump, questioned the birthplace of the president. The White House stated that they published in 2008 the birth certificate in the website of Obama’s campaign.