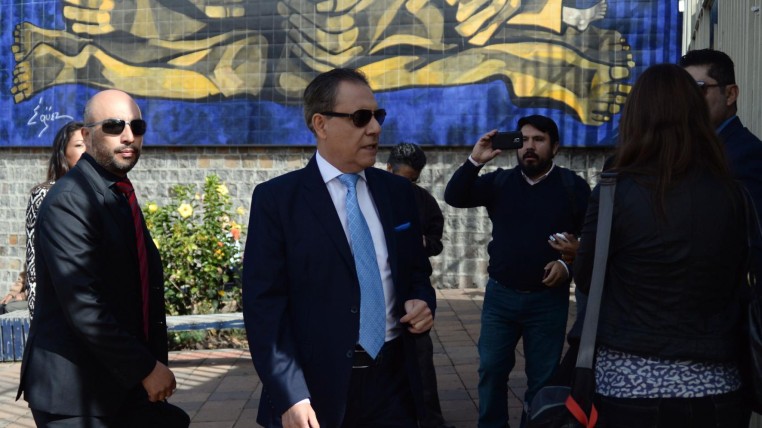 Carlos Ochoa, head of the Superintendency of Communication, yesterday sat on the chair of the suspects at the Attorney General´s office.

The officer was summoned to give a free version without oath by the complaint lodged by Fundamedios and the Bar Association of Pichincha. These groups accuse him for alleged forgery and fraudulent use of a public document.

Cesar Ricaurte, director of Fundamedios, asked the Attorney General´s Office to investigate the adulteration of the Communications Law, printed in a pocket edition by the Superintendency. Ramiro Garcia, of the Bar Association, argues that 11 radio stations were sanctioned due to these changes.

But Ochoa insists that, if there were changes, he had nothing to do, as he did not order any change. He said he was an innocent person.

“We have reiterated that all processes that were made were based on Article 103 of the Communications Act,” he said at the end of the diligence.

The alleged alteration of the norm, he said, is not only investigated by the Attorney´s office but also by the Superintendency. Ochoa repeated the possibility of a transcription error although it is not known whether it happened at the institution or at the printing office. He is investigating this.

“I think that we must always remember that there is a presumption of innocence,” he said.