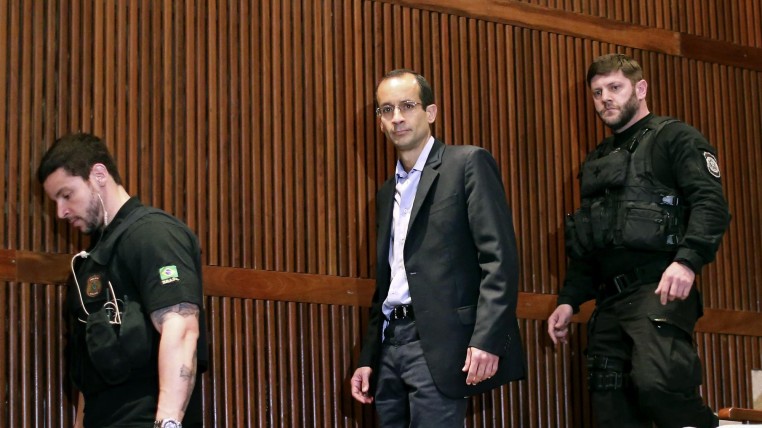 Marcelo Odebrecht. The firm that bears his surname, one of the world’s largest construction companies, paid $ 33.5 million in kickbacks in Ecuador, he said yesterday during his admission of guilt to the US Attorney’s Office where he is being prosecuted.
According to the words of the billionaire turned into an informer, illegal payments were made in Ecuador between 2007 and 2016 to obtain contracts for about 116 million dollars with the Government.
Information from the so-called Ordebrecht Report strips a 12-nation corruption network (including Ecuador) with more than $ 1 billion paid to public officials since 2001. The company has been fined $ 3,500 million because of this.
The company, which was expelled from Ecuador by President Rafael Correa in 2007 and received with millions of new contracts years later after a “repair agreement,” has been on the radar of corruption investigations for months.
Contracts in Ecuador
In 2008, the Brazilian firm Odebrecht had four contracts in Ecuador: the Baba Multipurpose Project, the Toachi-Pilaton hydroelectric plant, the Carrizal-Chone system and the Tena airport.
In May 2013, the construction of a pipeline and additional works for fuel transport in southern Ecuador were awarded to the Brazilian firm Norberto Odebrecht, according to a report of the state oil company Petroecuador.

In September 2013, Odebrecht was awarded the construction works of the aqueduct that will carry water from the La Esperanza dam from the Bolivar county to the Pacific Refinery located between Manta and Montecristi, in Manabi.