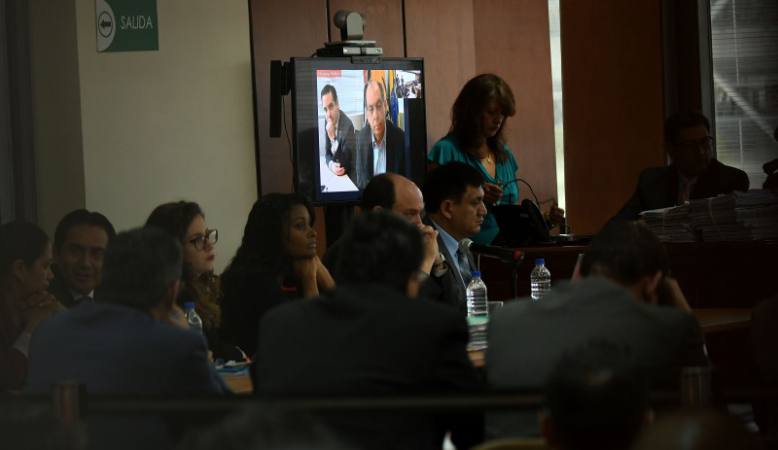 Former Odebrecht official José Santos used that phrase yesterday during his early testimony in the illicit association case, to describe the relationship allegedly maintained by Glas and his uncle to ask for commissions so that Brazilians can operate, since 2010, without problems in Ecuador.

The former Odebrecht director for Ecuador reported that it was Rivera who introduced himself in 2011 telling him that he was the person who “will intermediate the business of the strategic sector for Mr. Jorge Glas.” The uncle of the vice president explained that Odebrecht could operate in the country if he delivered a contribution to the then coordinating minister of Strategic Sectors (Glas).

Bribery payments were set at between 1% and 1.3% of Odebrecht’s contracts, and even Rivera explained that Chinese companies Sinohydro, CCCC, CWE, and Harbin were already working under that system. Santos’ response would have been that this was a very high cost compared to the amount of the contracts.

Rivera told him that he was going to solve that issue with Glas since the amount they had defined could not be less than 4%. Finally, the settlement was only 1% of the contracts, but that figure could be raised to 1.3%.

Santos made it clear that the vice president was aware of the kickbacks paid to his uncle. At a time when Glas would have asked for support for the 2014 election campaign, the Brazilian told him that he already paid enough to Rivera. Glas’s response would have been that this was another matter.

Glas would have told Santos that he needed $ 1 million for the campaign and that it was a request on behalf of the Government of Ecuador and its President. (I)