Odebrecht’s name is repeated in 40 investigations within the Comptroller’s Office and in five files opened by the Prosecutor’s Office.

The participation of the Brazilian giant in works built by the previous Government is analyzed in two ways: administrative and criminal.

The Comptroller has established economic glossaries that have not yet been canceled by this company. 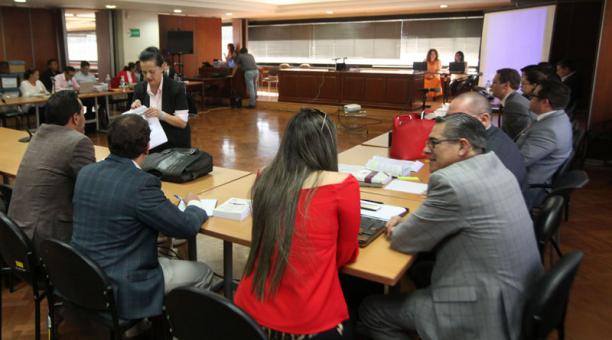 On the other hand, in criminal matters, the Prosecutor’s Office has been investigating the Pacific Refinery cases and the Manduriacu projects since 2017, La Esperanza Dam and Daule-Vinces Transfer. All remain in a prior investigation, so neither the foreign firm nor its former directors have not been prosecuted by Ecuadorian justice.

In the Comptroller’s Office, the auditors reviewed the construction of the construction company from 2008 to 2018. According to the latest report, Odebrecht received awards for works by 15 state entities, including the Ministry of Water, Hydropastaza, Petroecuador, Ministry of Transportation and Public Works, Electric Corporation of Ecuador.

In the middle of this, the name Odebrecht was mentioned again in the corruption plot of the 2012-2016 Bribes case. Although José Conceição Santos, former manager of the firm, admitted having personally delivered money for the Country Alliance campaigns, the firm is not part of the criminal process. Santos, through videoconferencing, said he gave USD 2.6 million for the 2013 presidential campaign and another USD 2.5 million for the 2014 sectionals.

He is already serving a sentence in Brazil. In the Bribes case, on Monday, the Attorney General, Diana Salazar, terminated the tax investigation stage or public investigation phase. In a brief, he clarified that all the procedures provided as requests for information, expertise, forensic reports, and versions must be complied with, as scheduled.

With this closure, no other person can be included in the case. There are currently 26 defendants, including former president Rafael Correa and former vice president Jorge Glas. The current Government analyzes signing a repair agreement so that the company pays the State an economic amount that has not yet been fixed. Material and intangible issues, such as “social damage”, will be taken into account.