Odebrecht: Polit will be judged for concussion 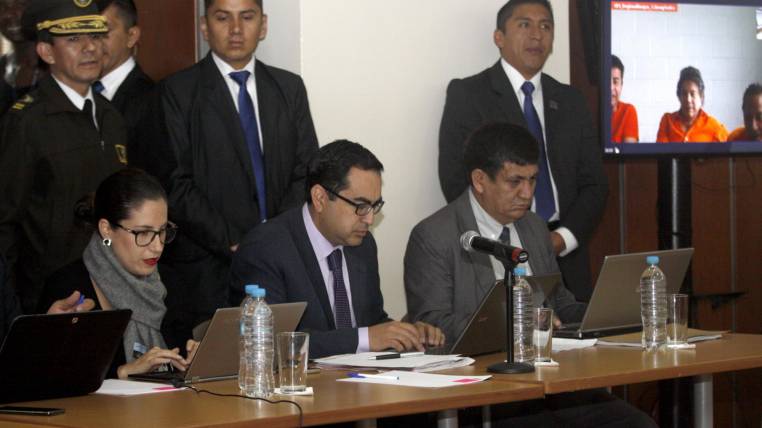 The former Comptroller of the Rafael Correa government, fugitive in Miami, Carlos Polit, will be tried today for concussion in the Odebrecht case.

The former official will be tried in absentia along with his son John, who appears every 15 days before the authorities.

Polit was accused by the Prosecutor’s Office of receiving about 10.1 million dollars to fade glosses and issue favorable reports so that the Brazilian construction company obtains emblematic project contracts with the State. The stagecoach will be installed at 09:00.

His son, however, was signaled by the alleged placement of credits with the proceeds of the bribes that his father would have received, to obtain up to 5% interest.

Jorge Zavala Egas defends the son of the former Comptroller. He announced that his client will be present at the trial. He will not present any witness because he has nothing to prove, he said.

Zavala believes that if the prosecution continues with the same literature in the process, the court of the National Court of Justice will have to confirm the innocence of John Polit.

Julio Vasco assumed the defense of the ex-comptroller almost two months ago, when Hernán Ulloa Parada departed from the sponsorship. In the Basque trial, he will argue that the statements of the Odebrecht informer, José Santos, do not correspond to the truth and have no support, and that will be a clear sign that there was no money delivery, he says.

Ensures that as it is a political issue “this comes from the fulfillment of obligations as general comptroller and that, on the contrary, was through compliance as a comptroller that the State could recover a lot of money.” He insists that it will be shown that there was never any harm to the State and it was only a “retaliation of the previous Attorney General Carlos Baca.”

During the preliminary hearing of the trial, the defense of Polit announced the presentation of 29 witnesses, including the current deputy superintendent Pablo Celi. But not all will declare, Vasco announced.

The Office of the Prosecutor announced 19 experts and 18 witnesses, including the former attorney Diego García.

The first investigations indicated that Polit would have demanded the delivery of money in exchange for issuing reports from the Comptroller’s Office without responsibility for the projects: Pascuales Cuenca Poliducto, Pacific Refinery, earthworks, Manduriacu and Daule Vinces. That was reported in a police department.

Another trial was suspended

Former Comptroller Carlos Pólit was also investigated for alleged illicit association in the Odebrecht case that ended with the conviction of former Vice President Jorge Glas, his uncle Ricardo Rivera and three others to six years in prison.

Three other defendants received 14 months and one was acquitted. The appeal was sustained on Thursday and resolution is expected. Because he was a fugitive, the trial was suspended for the former Comptroller Polit.

The first case of the Odebrecht bribery scheme was opened against the former electricity minister Alecksey Mosquera, in 2017. The former official was accused of receiving one million dollars from the construction company in bribes for the Toachi Pilatón hydroelectric project. Mosquera was sentenced to five years.

The expert José Luis Fuentes received one year in prison for procedural fraud in a report on the Odebrecht case. The policeman, who will appeal the condemnatory sentence, changed in the transcription of an audio the name of Glas for that of Guillermo Lasso, the former presidential candidate. (I)

Eight sailing ships with bow to the city