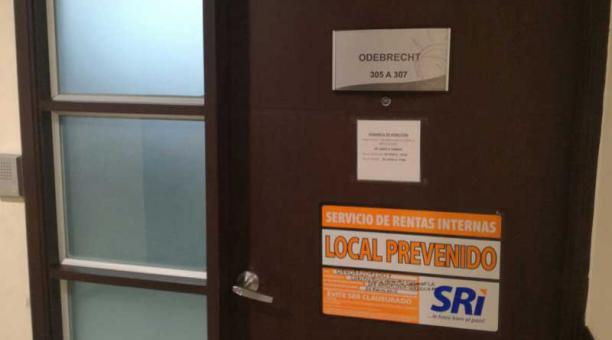 The trades came to the Internal Rent Service’s Department of Tax Intelligence and the General Direction of the Financial and Economic Analysis Unit (Uafe in spanish), on May 24.

In the documents, the office of prosecutor Diana Salazar, who is part of the Transparency Against Corruption Unit, asked the two institutions for an executive report on tax risks and another on the financial movements of Norberto Odebrecht.

These requests arose as part of the investigation for possible organized crime that the Office of Prosecutor activated and which tracks alleged “criminal acts perpetrated in Ecuador and in which Odebrecht would be involved.”

EL COMERCIO Diary had access to this data, which is part of the judicial file for the Odebrecht case, and found that the IRS’ Tax Intelligence Department responded to the letter on May 31. The information shows all the financial movements that the construction company did in the last nine years, as requested by the Office of Prosecutor.

According to the IRS documentation, the Brazilian company sent USD 190 million dollars from Ecuador to 30 countries, mainly Brazil. The United States, Italy, Spain, Namibia (Africa), Switzerland and Austria between 2009 and 2017. (I)

Companies define strategies to achieve a greater participation of women