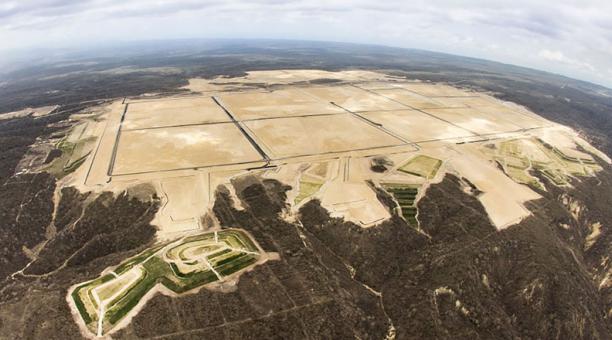 Refineria del Pacifico was one of the topics that José Conceição Santos, a former superintendent of Odebrecht-Ecuador, dealt with Alexis Arellano, a former manager of the Venezuelan oil company PDVSA in the country.

This conversation was recorded covertly on June 28, 2016, in the offices of the construction company, in the World Trade Center, in Quito. According to the transcript of the audios, Arellano speaks of the problems to obtain financing to raise the refining plant, and on the reduction of Pdvsa shares.

This company, established in 2008 between Petroecuador and PDVSA, sought the self-sufficiency of the country in fuel production. The target was to process 300,000 barrels of crude daily, some provided by the Venezuelan state company. Arellano comments to Santos: “The President created an ambassador. He gave him the title of ambassador. (…) They are working on two credit lines, with China and Korea, and have some things advanced. The President gave them two months to get financing.”

He recalled that when he arrived in Ecuador with Freddy Salas, whom he appointed the technical manager of the project, there were no employees, only documents. After his arrival, he realized that the Ecuadorians “went crazy” because they thought they could charge commissions in this business. “The “fees” business is very gratifying here.” But, in the audio, he explains that the National Audit Office entered and complicated the panorama. As part of the project, engineering studies were contracted with SK E & C in 2010, which were observed by the control body. (I)