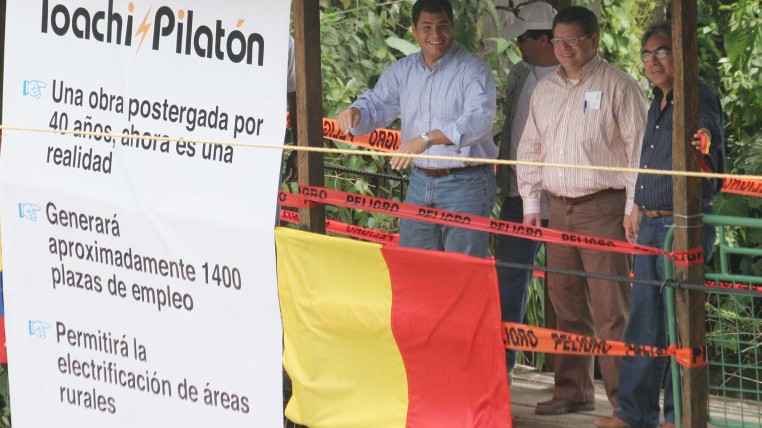 The Attorney General´s Office reported at a press conference that Former Minister of Electricity of the current government Alecksey Mosquera received money from the construction company Odebrecht through money transfers from offshore companies in Panama to private accounts in Andorra.
Wilson Toinga is the prosecutor in charge of the case in which businessman Marcelo Endara is also involved. He explained that the Brazilian transnational corporation established theKingsflied Consulting Corp. in Panama to make transfers to the accounts of two companies: Tokyo Traders and Percy Trading INC, both owned by Endara and whose beneficiary was Mosquera.
The accounts of the two companies are registered in the BPA of Andorra, a private banking group. A million dollars in the first months of 2011 were transferred there: $ 924,000 for the former minister and $ 80,000 for partner and businessman Marcelo Endara.
Odebrecht’s money served for Endara’s companies to buy machinery from China and the United States. The equipment arrived in Ecuador and was sold. Turning thus, the money of bribes in cash, according to Toinga. Therefore, the crime denounced by the authorities is asset laundering.

The Prosecutor’s Office confirmed that, under this alleged crime, Mosquera faces a penalty of between 10 and 13 years in prison. Endara is 70 years old and would serve a sentence of house arrest. Moreover, on Saturday during the remand hearing, Judge Gloria Mayorga issued this preventive measure against the businessman.