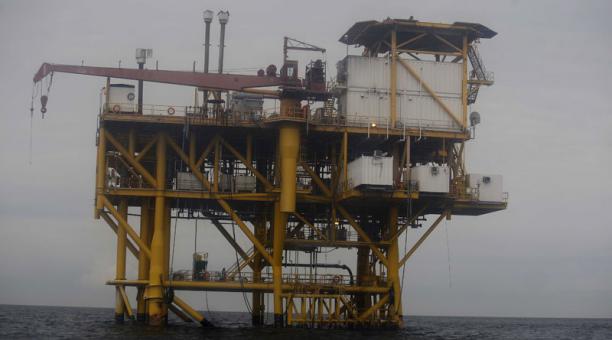 The interest of private companies to invest in four oil fields and one of natural gas will be known tomorrow (May 29, 2018). These areas are part of the round called Oil & Gas, the second that drives the Government.

The public company Petroamazonas will receive bids tomorrow for the five areas that it took out last March. Among these are Blanca-Vinita, which was not awarded in the previous process of minor fields; and Cuyabeno-Sansahuari, Yuralpa, Bear and the natural gas field Friendship.

The opening event of these offers will be held at 10:30, in the Hemicycle of the National Polytechnic School, in the north of Quito. Álex Galárraga, general manager of Petroamazonas, explained that once the technical and economic proposals are received, the negotiation process will be entered.

In this phase, two modalities of agreements will be handled, as the case may be. For the oil fields, the companies will sign a contract for specific services in exchange for the State canceling a tariff for each barrel extracted.

The price of the barrel will be indexed to the value of the West Texas Intermediate (WTI) oil, which serves as a reference to determine the price of Ecuadorian crude. In the case of natural gas, due to the fact that the Law does not allow applying the previous modality, the proposal will be to sign a contract for services with financing.

In other words, firms must present their offers to increase production in the field and, if it is profitable, it will be awarded. To increase gas production, around USD 100 million are required, Petroamazonas said. In total, for these five hydrocarbon areas, the Government expects to receive an investment of around USD 700 million, similar to that achieved in the previous process with the smaller fields. Based on the results of the negotiation, the Government expects to award these fields in mid-July of this year, Galárraga said.

The contract is scheduled to last 10 years. In this period, Petroamazonas will remain as operator of these areas. For this process to be successful, the Government is required to provide private firms with transparent information on the fields to be tendered and, once the agreements are signed, to comply with the contracts, said René Ortiz, former Secretary General of the Organization of the Exporting Countries of Oil (OPEC).

“These aspects will generate private companies more confidence to work and invest in Ecuador.” When dealing with productive fields, Edmundo Brown, former vice president of Petroindustrial, considered that these will be attractive for private companies, because they already have facilities and have a production greater than 5 000 barrels per day, except in Blanca-Vinita, whose production is lower

In total, the current oil production in these five areas totals 36,638 barrels of crude oil per day and 4,957 barrels of natural gas equivalent. But the objective of the state oil company is to increase by around 25,000 barrels per day and supply the gas demand in the following months.

Galárraga mentioned that in the phase prior to the presentation of offers -questions and answers- there were about 33 companies, four of them have an expectation to invest in the field of natural gas

The Oil & Gas round is the second promoted by Petroamazonas in the current Government. Last February four smaller fields were awarded, of 15 that went out to tender. These are Guanta, Paka Norte, Parahuacu and Drago, the Consepetro, CNPC and Wayraenergy companies.

Carlos Pérez, Minister of Hydrocarbons and Electricity, explained that these companies have ready the plan of activities and investments for these oil areas, so it is expected that in June they will begin to operate.

The first interventions will focus on well drilling. With these actions, the Government hopes to increase the national production of crude oil. The oil extracted from the smaller fields will be accounted as part of Petroamazonas.

When the Oil & Gas fields are awarded, they will have the same treatment. The modality that will have the contracts of smaller fields will be of specific services and will have a validity of 10 years.

During this period, they are expected to contribute 90.8 million barrels of crude oil. Currently, the national production is 521 650 barrels of oil and the goal of the Government, by the end of the year, is to reach 540 000 barrels. After the Oil & Gas round, Petroamazonas has not planned to seek investment for other fields this year.

However, the Executive will promote two more processes: Intracampos and Sur Oriente. For the first, an Executive Decree is required. The other tender is scheduled to come out later this year, once a new round of validation with the communities is made, Perez said. (I)