Official of the Municipality of Guayaquil, accused of causing a traffic accident

Gustavo Zúñiga, a senior official of the Municipality of Guayaquil, was denounced on social networks for being the alleged perpetrator of a traffic accident and escaping from the place. 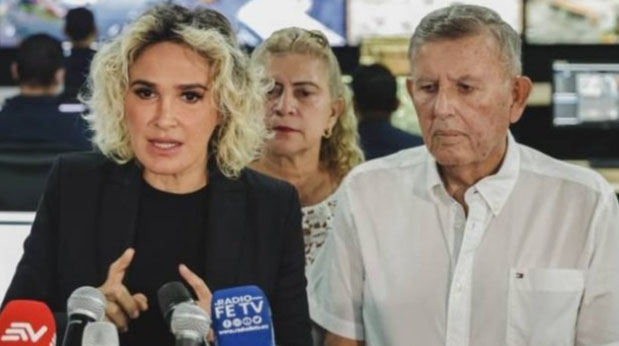 Gustavo Zúñiga, an official from the Municipality of Guayaquil, was denounced on social networks for being the alleged perpetrator of a traffic accident.

Zúñiga is director of Urban Cleaning and Markets of the Municipality of Guayaquil and director of the Corporation for Citizen Security.

The incident occurred on the afternoon of Tuesday the 13th in the Ceibos sector. Zúñiga’s vehicle reportedly hit a truck from behind.

When the driver of the hit vehicle got out to complain, Zúñiga would have responded with insults, while a bodyguard tries to move the victim away.

The injured person points out that one of the lights of his vehicle was damaged by the impact. In addition, he claims that she was traveling with his son and that Zúñiga did not get off to verify the damage.

In the video broadcast on the networks, it is seen that Zúñiga drives without a seat belt , in addition, he gives instructions to a civil traffic agent, who does not take action in the event of the accident.

Later he left the place.

“Zuñiga must resign or be removed by our mayoress ,” said political analyst Ramón Sonnenholzner.

It was not possible to have Zúñiga’s version of the incident .

A municipal official pointed out that Zúñiga himself will have to answer about the accusations , when asked if there will be a statement from the Mayor’s Office.

Zúñiga has been in the Municipality of Guayaquil for more than 30 years. He entered the first administration of León Febres Cordero.

President Lasso will meet with Joe Biden in Washington