Oil bids are expected until today 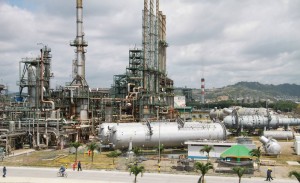 Only until today, EP Petroecuador expects bids from companies interested in selling at least 30 billion barrels of light crude of 28 degrees API in the scale (American Petroleum Institute) to the country in one year and in installments for the Esmeraldas Refinery.

But it will be next week when the offers received will be made public and there will be a period of analysis to assess the business opportunity, commented yesterday the manager of EP Petroecuador, Carlos Pareja Yannuzzelli, as noted in a press release of the oil company.

The purchase could mean an indebtedness of $ 1,200 million for Ecuador considering that this oil would be above the price of Napo Crude, which until August 30 was traded at $ 38.3, according to the National Information Service (SNI for its Spanish acronym).