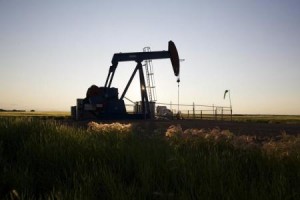 Oil closed yesterday in New York at less than $ 50 per barrel. A barrel of “light sweet crude” (WTI) for February delivery fell $ 2.11, ending at $ 47.93 on the New York Mercantile Exchange (Nymex), which is the lowest level since April 2009.

“Concerns persist about the willingness of the Organization of Petroleum Exporting Countries (OPEC), in first place Saudi Arabia, of not reducing their production, while the US continues to rise,” said James Williams of WTRG.

He also added that “big investors already have an eye on the spring, which usually comes with a little high demand,” said James Williams. “By then, we could see a decline in prices to $ 40 a barrel or more.”

Ecuador had an estimated revenue of $ 79.7 per barrel, about $ 30 above the price at which closed yesterday.

Oil registered a small rise but remains in less than $ 50