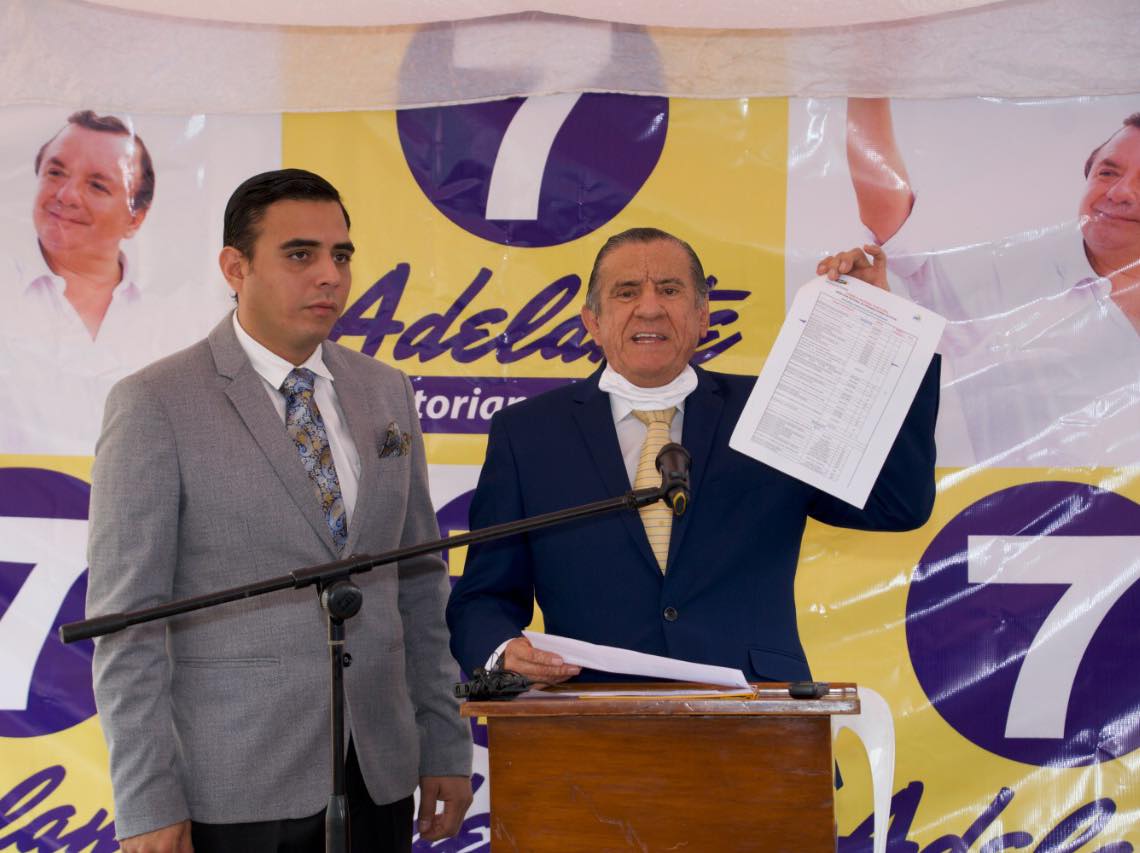 Gentlemen of the media:

Thanks to you, we can reach Ecuadorians to inform them of a momentous decision that has to do with the future of the country.

Ecuadorians are fed up with unemployment, corruption, insecurity, the lack of adequate health and education services, and the abandonment of the countryside. Fed up with a system that has driven Ecuadorians into poverty and the anguish of having to sometimes struggle, without success, to bring daily bread home. The infamous thieves of public funds need to be taken to jail and forced to return the stolen, as has been done in other countries.

We are witnesses of an unprecedented fact in national politics: It is the citizens of all the provinces and abroad, without distinction of race, creed or social status, that asks that the next President of the Republic be the leader of our party, the Lawyer ÁLVARO NOBOA PONTÓN.

With the nobility that characterizes him, Ab. ÁLVARO NOBOA has asked me to send his thanks to all the citizens who are supporting him for the upcoming elections. And have the security that it will not disappoint you.

Today I formally announce that next Sunday, August 9, in Guayaquil, the National Convention of the Adelante Ecuatoriano Adelante Party will be held7, where the party’s binomial will be announced in the 2021 elections. ÁLVARO NOBOA is the pre-candidate for the presidency of the Republic for our party. We will proclaim the presidential binomial that will be put by the popular will in Carondelet !.

The Ecuadorians have recognized in Álvaro Noboa the Ecuadorian patriot, in solidarity, that his whole life has generated sources of employment and knows how to wisely manage his companies, giving work to thousands of Ecuadorians directly and indirectly to more than 300 thousand people. All his life the Ab. Noboa has been concerned about the health of the poor with the Fundación Cruzada Nueva Humanidad. He has worked with the field, to generate export products that reach other countries with the proud Ecuadorian product seal.

Álvaro Noboa, with his image of a serious businessman, will give confidence to foreign investors and his friends from large companies to invest in Ecuador and generate sources of employment to produce in the best and most beautiful lands in the world with all the variety of climates.

He wants to see what happened after the infamous fraud was never repeated, when the presidency was stolen from him and given to Mahuad, causing the emigration of more than 2 million Ecuadorians. And that today, we also see what happens in Venezuela.

Rest assured, compatriots, that to fulfill the ideals of the lawyer Álvaro Noboa, in our lists of Andean assemblymen and parliamentarians, we will put honest citizens in full force, with enormous patriotic sentiment and determined to make Ecuador the country that Álvaro Noboa has always dreamed of. . Thanks sirs”.

Ecuadorian Navy watches over the fleet of ships near the Galapagos