On Monday amendments begin to be discussed 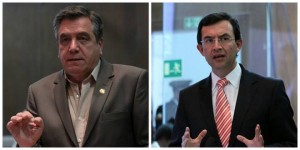 The first discussion of the application of constitutional amendment will begin this Monday in the plenary of the National Assembly. The call was made on Friday, just hours after the report was approved in the committee created to deal with the 16 changes to the Constitution proposed by the Alianza PAIS (AP).

The assembly will session at 15:30 and will discuss the report that had eight votes of Alianza País and allies in the committee.

Eleven are the members of that table and two of them presented a report from the minority, which noted: “The State of Ecuador is by Article 1 of the Constitution, democratic and organized as a presidential republic and, as such, presidents can not be reelected indefinitely. “