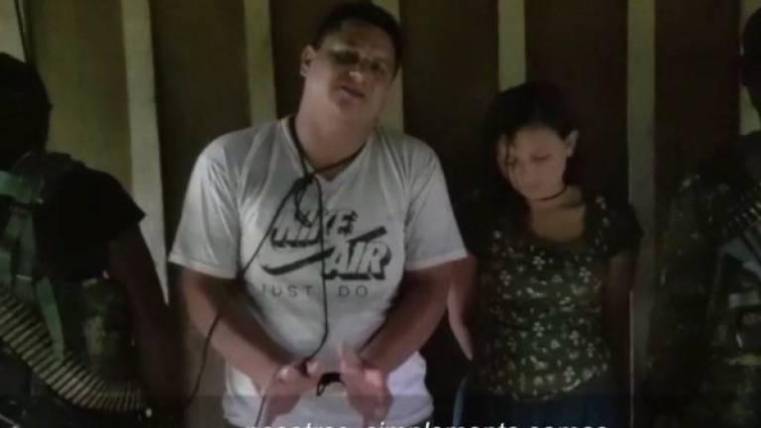 Almost a month has passed since the Ecuadorian government highlighted in a press conference that “for the first time” the group of alias Guacho had communicated directly and without intermediaries to send the proof of life of a young couple kidnapped, of which then the identity was not known.

Today a month ago since the mother of Katty Velasco received a last message on her cell phone in an unusual tone before discovering by the media that her daughter and the boy she had been living for less than a month, Óscar Villacís (24 years), were presumably retained by the Oliver Sinisterra Front.

And, today, little more is known about the young couple from Santo Domingo. If they are alive, if they are well, if they are in Colombia, they will be released. They data that has not had an incontestable confirmation. The relatives of the 20-year-old girl, recently graduated from high school, assume as proof of life the latest statement from the gang responsible for the kidnapping, which was leaked through the Colombian press – no longer to the national authorities – on Monday 30 of April. Then, the new interior and defense ministers had not yet taken office and did not speak up. Eleven days later, with two weeks in office, neither Mauro Toscanini nor Oswaldo Jarrín nor any government spokesman has informed if that document was true or not. But for the family was enough to regain hope: the Oliver Sinisterra Front asked to open a humanitarian channel to deliver the bodies of the three El Comercio workers kidnapped and murdered previously and free the two young people. Although it has not transcended if the liberation strategy will include a truce of the military offensive.

The relatives of Katty and Óscar have requested an audience and have gone out into the street so that the president of the country, Lenín Moreno, will receive them in his office. Unsuccessfully. Only the Interior Minister attended his visit and, in fact, the president’s last message to the country did not contain any reference to the news of the kidnapping.

In the midst of official mutism, the theories about the kidnapped triggered the suspicions of public opinion without any official source denying or confirming if they are infiltrated agents, as indicated by the kidnappers, or if they are linked to the conflict at the border. Everything is, while the days pass in silence, in investigation.

Contrast with the kidnapping of the workers of El Comercio

We are missing 3: The mobilization of families infected the country and the media until it became a slogan, ‘We are missing 3’, which increased the visibility of the three workers of El Comercio who are kidnapped. The support in the streets deflated with his death.

Crisis committee: Despite the families’ complaints due to lack of information or immediacy upon receiving it, the security authorities met every time a statement, attack or evidence appeared during the kidnapping of the two journalists and the driver.

Lenin Moreno: President Lenin Moreno received the relatives of Javier Ortega (editor), Paul Rivas (photographer) and Efraín Segarra (driver) a few days before his death was confirmed, when there was still hope of releasing them. Moreno promised them transparency about the investigation. (I)