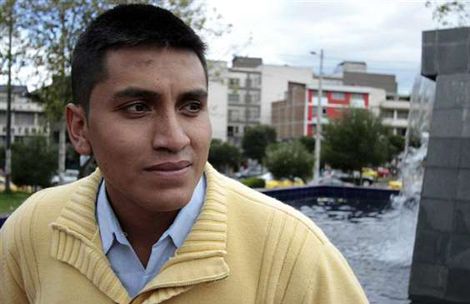 Pablo Castro, one of the 10 involved in the Luluncoto case, who were sentenced for sabotage and terrorism, was arrested on Wednesday November 19 in Riobamba.

It happened at 20:20, as recorded in the police report, lifted two hours later. The detention was made to comply with theauthorization signed by Leonardo Tipán, Tenth Judge of Criminal Guarantees of Chimborazo, on March 6, 2012.

The court disappeared in January. That is why Castro was transferred to Quito.

The Minister Jose Serrano clarified in a state television channel, that he was not arrested for his participation in the march but because of the validity of the warrant notification.