Sula, a sustainable beachwear brand, is one of the Ecuadorian women-led SMEs that exports its products. 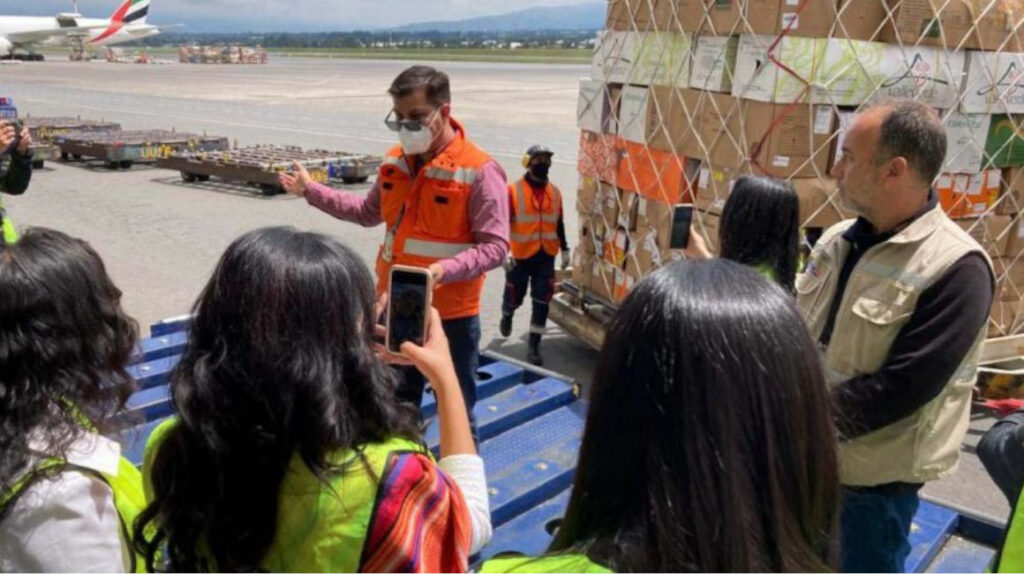 Women exporters at the Quito airport, in February 2022.

Ecuador is one of the Latin American countries with the largest number of small and medium-sized enterprises (SMEs) that are managed by women, but only 11% of them export.

Says a study on women’s businesses in five countries in the region: among them, Ecuador.

The report, dated November 23, was carried out by five organizations, such as WEConnect International, the Women Entrepreneurs Finance Initiative (We-Fi), of the World Bank; and the International Development Bank (IDB).

Sula is one of the Ecuadorian SMEs led by women that does export. Their sustainable beachwear is sold in the United States.

The idea for this business arose in the midst of the Covid-19 pandemic , at the end of 2020. At that time, Macarena Morillo returned from the United States, after completing her studies in Environmental Management.

Due to the crisis, it was difficult to find a job, so she decided to start a business with her sister , Valentina, who studied law and has always been passionate about the Galapagos Islands.

Macarena, on the other hand, always had fashion among her interests.

A year later, in 2021, they launched the Sula brand, which is the scientific name for boobies.

The brand sells swimsuits, t-shirts, towels, bags and caps made with textile material made from recycled bottles in Ecuador.

The two sisters decided to create sustainable clothing to help Galapagos, taking into account that “40% of the plastic on the islands is not generated by local consumption, but rather comes from the continent, washed away by the tides,” says Macarena. .

Sula products are sold in:

Sula sells to clients from other cities in the country, through digital channels such as Instagram and a website. Electronic commerce has also allowed products to reach the United States; especially North Carolina.

Sula found a business opportunity in the United States due to two factors. The first is that 20% of the profits are donated to the Galapagos Science Center , a research project of the University of North Carolina and the Universidad San Francisco de Quito.

The second factor is a greater reach of the brand when selling on cruise ships, where foreign tourists are , who value products made in Ecuador, says Macarena.

The percentage of Ecuadorian women-owned SMEs that exports contrasts with that of other countries in the region.

For example, 38% of small businesses led by women export in Guatemala. In El Salvador 26% do so, in Costa Rica 15% and in Honduras 12%, according to WEConnect International.

The export level of women’s SMEs in Ecuador is lower because many enterprises are created out of necessity , so they do not prosper.

On the other hand, in most of the countries of the region, entrepreneurs motivated by the business opportunity predominate.

Businesses out of necessity tend to stagnate or die because they are not planned, they are not differentiated and they have little access to financing, according to the Espae Business School.

Natalia Almeida, deputy director of the AEI, agrees with this, who maintains that there is a lack of knowledge of the market in ventures out of necessity.

“Many businesses are born without considering who is going to buy them ”, says Almeida and adds that, for this reason, “the investment becomes inventory that is not sold, which is a loss” .

Macarena Morillo adds that Ecuador’s political and social instability is also an obstacle for small businesses.