Opposition maintains its position against the Yasuni exploitation 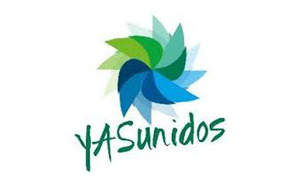 After a month of  the National Assembly’s approval to exploit  the oil from blocks 31 and 43 of the Yasuni National Park through a declaration, and at the request of President Rafael Correa, several social sectors still maintain their position against it.

Opponents seek to prevent the exploitation through a popular consultation, acts of resistance or legal actions; those seeking the referendum have undertaken campaigns through social networks and public activities in order to collect  583.324 signatures, needed to call a referendum, and that must be delivered until March of 2014.

YASunidos and Frente de Defensa de la Amazonía, want to ask Ecuadorians whether they are in agreement or not with the exploitation.

While in the case of legal actions, these are being prompted inside and outside the country. So far, there is a claim of unconstitutionality about the exploitation in the Yasuni filed by  former judge Tarquino Orellana.

Regarding the legal actions carried out outside the country, protection measured have been requested before the Inter-American Commission of human rights (IACHR), on behalf of peoples in voluntary isolation that live in the Park.

For his part, Correa said on October 22 during a conversation in the city of Guayaquil, that there is progress in certain procedures prior to the exploitation of the ITT.

“The technical part is very advanced, environmental permits are very moving forward also,” said the President. However, when asked about when will take place the prior consultation, he did not respond, but he reiterated that the works will be made “with absolute responsibility”.