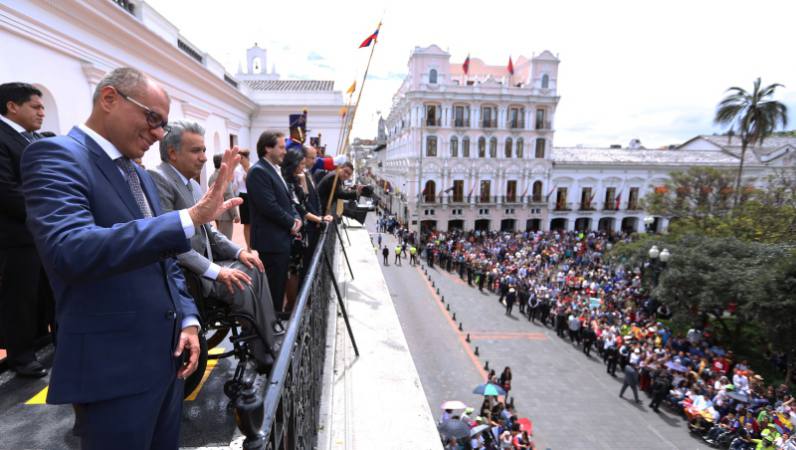 The CREO-SUMA block began collecting 46 signatures in support of the impeachment petition against the Vice-President of the Republic, Jorge Glas, for alleged crimes of concussion, bribery, embezzlement and illicit enrichment.

The petition will be presented next week to the president of the Assembly, the official José Serrano, so that he can bring it to the attention of the Legislative Council of Administration (CAL) and verify compliance with the requirements, and then refer the case to the Constitutional Court (CC), to issue a prior opinion on admissibility.

In the draft document, the block states that impeachment relates to “facts of public knowledge, such as the commission of crimes in the execution and management of several works of the so-called strategic sectors, which in some cases have judgment”.

The process, as the document describes, seeks to “establish political and non-criminal responsibilities; that is why the criminal prosecution of the second president is not necessary”. (I)

Doubts on audits of Odebrecht contracts