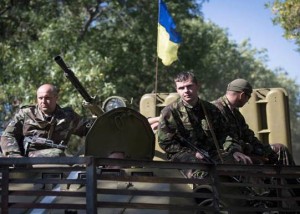 The Swiss shift presidency of the OSCE, responsible organization for overseeing the cessation of hostilities, reported that the ceasefire in eastern Ukraine, in force since last Friday, is holding but still staggers.

“The coming days will be crucial,” said the Swiss Ambassador to the OSCE Thomas Greminger in Vienna, at the OSCE Permanent Council, composed of 57 countries, including Russia and Ukraine.

Greminger asked partner countries to make donations, such as armored vehicles, in order to better oversee the process and stressed that the OSCE “has overseen immediate ceasefire, strengthening its team with 59 specialists.”

He also noted that the organization has begun recruiting 250 additional experts to extend the special observation mission in Ukraine, launched in March.

Meanwhile, the Ukrainian military commander has claimed that the pro-Russian rebels have violated at least five times the ceasefire, after shooting on Sunday the positions of the Ukrainian forces near the towns of Nizhnaya Krynka, Zhadonivja, Zolote, Peski and Fashivka.