The multinational Pachakutik movement has described, in a tweet issued in the last hours of Saturday, April 3, as “traitors to the decisions of the expanded council of CONAIE and the national political council of Pachakutik” the indigenous leaders who this afternoon announced his support for the candidate of Correísmo, Andrés Arauz , among them, the president of CONAIE , Jaime Vargas . 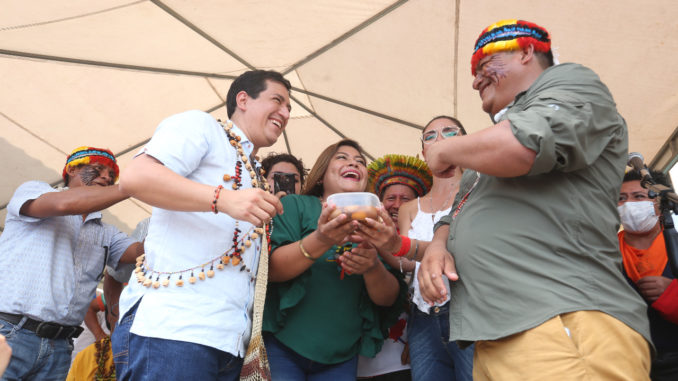 On March 10, the expanded CONAIE council, meeting in Cochapoamba, Guaranda, decided on an “ideological null vote” if its presidential candidate Yaku Pérez did not go to the second round.

“In the next few hours we will pronounce ourselves as the Pachakutik Movement list 18, in the face of the betrayal of the president of the CONAIE extended in office , militancy and PK adherence,” the national coordinator of Pachakutik, Cecilia Velasque , has tweeted .

“Vargas has already changed Conaie’s decision to vote NULL,” tweeted former legislator Lourdes Tibán . “We are in Holy Week and it was a propitious moment for Judas to reveal himself,” he added.