Days of intense heat live the country. PAHO warned of a heat wave from this month until March 2020 in South America. High temperatures are already beginning to be felt in the coastal area of ​​the country. 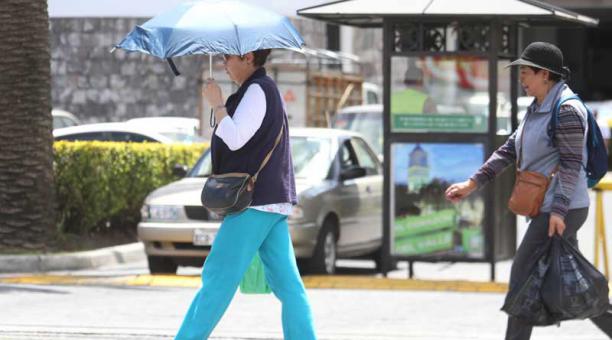 According to a report by the Pan American Health Organization (PAHO), the heat waves that will be lived in the countries of the south of the continent could have serious consequences on the population, although it does not indicate temperature levels.

Due to the alert, the health sector has been recommended to activate its contingency plans. Cantons of Manabi, including Portoviejo, Santa Ana, Manta and others, ‘burn’ due to the intense sun that has been felt in recent weeks, several citizens mention; one of them José Cedeño.

He is a street vendor, so he exposes himself to the sun every day. Cedeño suffers from hypertension and ensures that these “solace kill me.”

People with chronic diseases, children, older adults and pregnant women are the most affected by the effects of “heat stroke”, which can lead to dehydration. Karen Arteaga, an emergency surgeon at the Verdi Cevallos Balda hospital in Portoviejo, said that they have been alerted to the “heat wave” that is expected over the next three months.

“With this alert, the recommendation is to drink between two or three liters of water a day (six or eight glasses),” said the specialist. Heat can cause severe symptoms such as the body’s inability to regulate temperature.

The person has dry, red and hot skin, rapid and strong pulse, nausea, cramps and loss of consciousness. In fact, a heat stroke can lead to coma and death. Other symptoms include a rash, cramps, headache, irritability, lethargy and weakness.

2019, a relevant year for the mining industry in Ecuador