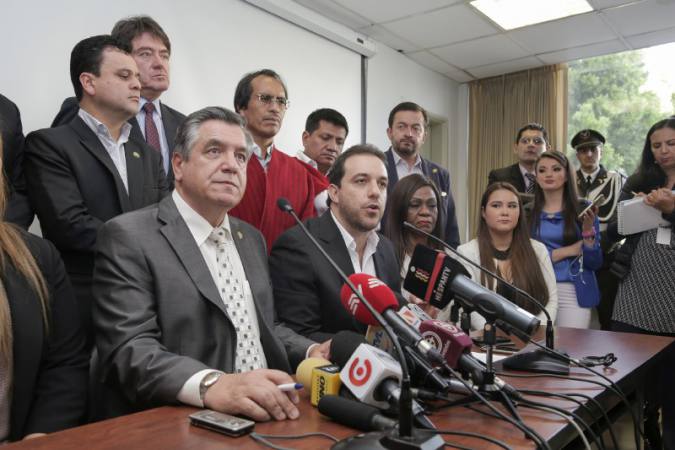 The five legislators of Alianza PAIS and their allies who make up the Legislative Council of Administration (CAL) imposed yesterday against the other two lawmakers of the opposition and filed the request for impeachment against Vice President Jorge Glas for breaching the requirements referred to in Article 129 of the Constitution.

The CAL meeting lasted about three hours. At the end of the meeting, President of the Legislature José Serrano said that the only evidence that could imply indications of criminal liability against Glas is related to the international arbitration award of Caminosca, but it is not enforceable due to an appeal, according to one certification signed by the executive president of that company Miguel Ángel Alemán, on July 18, 2017. (I)

Fernando Larenas is the new director of Daily El Telégrafo