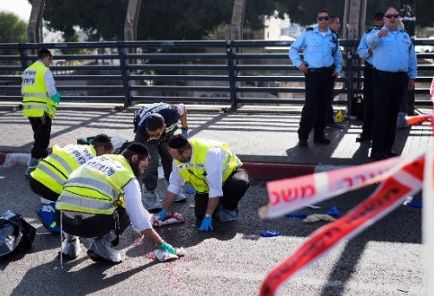 A young Palestinian man was killed this Tuesday by Israeli soldiers in Hebron, in the occupied West Bank, in clashes that raise fears of a return of the great Palestinian uprisings.

Jawabreh Imad, 22, died after being shot in the chest, according to security sources and Palestinian doctors.

Israel reinforced again this Tuesday its security after a soldier and an Israeli settler were killed on Monday by knife attacks perpetrated by Palestinians.

Thousands of policemen were deployed in the most troubled areas, the same day when Palestinians commemorate their historic leader Yasser Arafat, who died ten years ago in a Paris hospital in circumstances still unclear.

The two attacks come after months of clashes between the police and young Palestinians in East Jerusalem, the Palestinian side of the city, annexed and occupied by Israel.

Climate change agreement is set up by China and the US