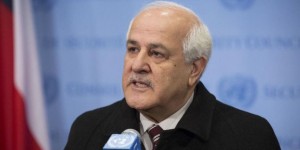 The Palestinian people will submit the first lawsuit against Israel before the International Criminal Court (ICC) on April 1, today said a senior official of the Palestine Liberation Organization (PLO).

“The next important step will be to lodge a complaint against Israel before the ICC on April 1 by the last war in Gaza (2014) and settlements,” said Mohammed Shtayyeh, member of the executive committee of the PLO.

According to the UN, most of the victims in Gaza would have been civilians.