In the Palora canton, in Morona Santiago, the largest production of pitahaya in the country is concentrated. This Amazonian town of about 7000 inhabitants has 2000 hectares of the 2223 that are registered in Ecuador. 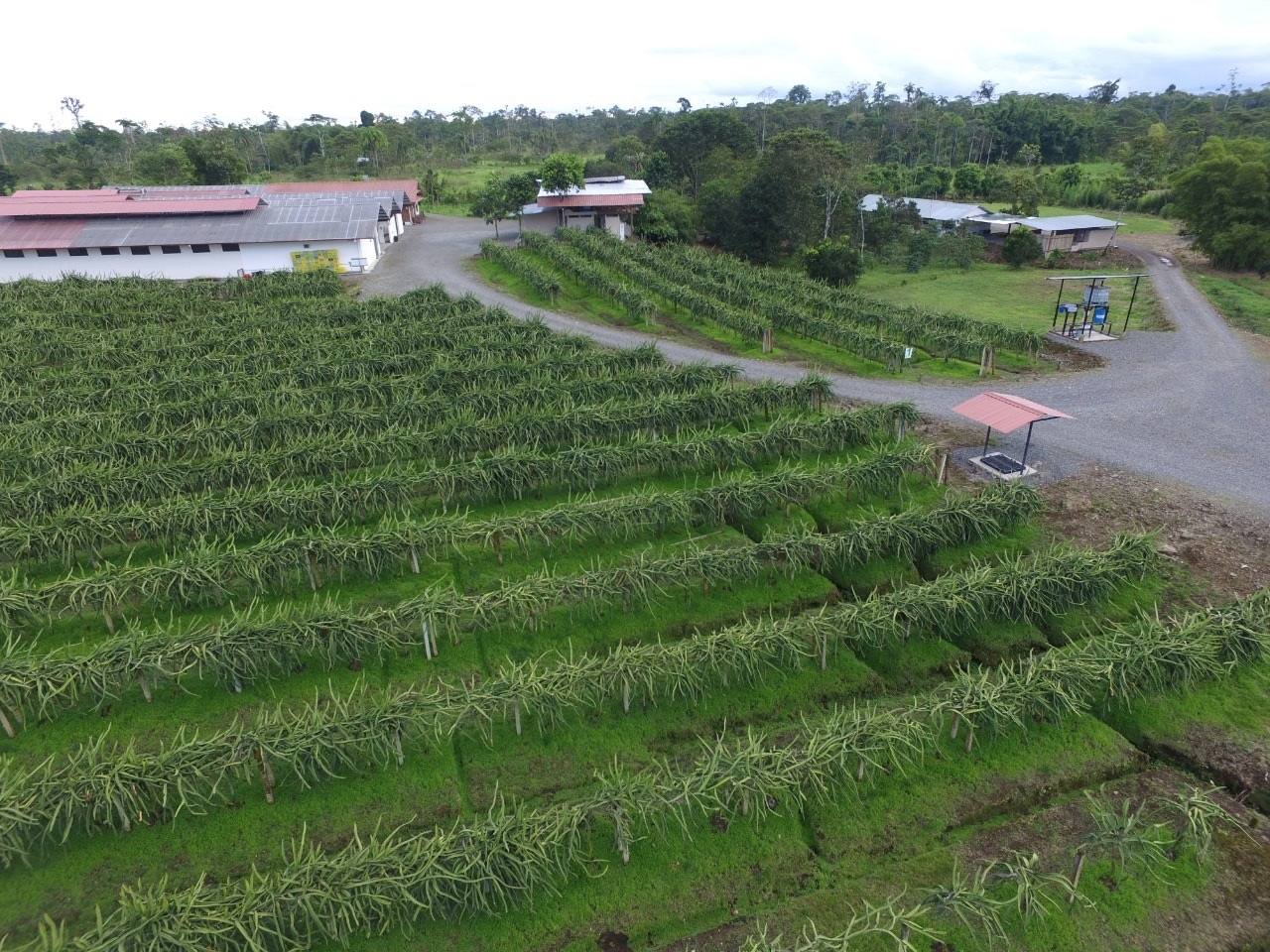 For two years now, the Palora fruit has had the Denomination of Origin , which gives the product a unique sense of identity and belonging. It is the fifth Ecuadorian product with this recognition.

The producers report that the designation of origin has helped to further promote the pitahaya as an exotic fruit, typical of this Amazonian area, something valued in some foreign markets, where consumers want to know where it comes from.

According to data from the Ministry of Agriculture, during 2019 7,499 tons of the fruit were exported, which generated $ 44,048,454 . The pitahaya has red and yellow varieties, which is characteristic for its sweetness and generous size.

But this year exports have not been exempt from the ravages generated by the COVID-19 pandemic. Producers indicate that there were problems shipping the fruit and a drop in prices, but the impact has not been as drastic. Between January and June, 7,438 tons were shipped abroad, which left $ 36,438,237.

Santiago Báez, executive of Pukuna, which produces and exports pitahaya, points out that at the beginning of the pandemic in Asia, demand decreased in that market. When demand began to reactivate in March, on the other hand, the emergency began in Ecuador. “This affected the price of the fruit both in Asia and in the United States,” says Báez.

The price of the fruit fell to 2.5 and 3 dollars per kg, when the previous year, in this same period, it was between 5.5 and 6 dollars per kg.

On the other hand, air costs almost doubled and that caused the price of the fruit to be sacrificed. Currently airline prices have fallen, but remain above normal value.

“We hope that the prices of the airlines will normalize until the end of this year and that the price of the fruit will resume its normal course,” says Báez.

Freddy Procel, from the Procel farm in Palora, agrees that prices in the markets, especially in Asia, have been affected by the pandemic, but adds that despite these difficulties, they continue to export.

This farm produces 500 tons per year and its main markets are Hong Kong, Canada, the United States and Singapore.

The exports of this company were stopped for almost a month as a precaution, but they reactivated the activity with biosecurity measures.

Despite the difficulty in prices, investments continue in the sector. In the last two months, Pukuna invested in the planting of three new hectares and is in the process of purchasing 8.5 hectares in production.

Additionally, they are looking for financing for the planting of 50 hectares of red dragon fruit. The plan of Pukuna, which exports to Hong Kong, Malaysia, Singapore, the United States, is to reach the European market.

Among the non-traditional agricultural products that the Government tries to promote is precisely the pitahaya, along with the uvilla, avocado, blackberry, quinoa, taro, sweet potato, tree tomato, among others.

Ecuador’s competitors in this business are: Colombia, Honduras and Nicaragua. (I)

The Chinese appreciate pitahaya for its nutritional value. Some attribute benefits for the digestive part. And although that is a potential market for Palora’s yellow dragon fruit, its access has not been possible.

Producers consider that greater management and monitoring of the opening of this market is lacking.

The Ministry of Agriculture claims that one of the reasons why pitahaya has not entered the Chinese market is because of studies of risk pests for that country.

“At the moment, work continues on these studies to show that the Ecuadorian pitahaya does not have the fruit fly, which is the pest that most worries China,” said that state portfolio.

Another attractive market for producers is Peru, where fruit is informally shipped for the good price it receives. (I)