It would seem that the war fronts in Ukraine and Gaza have left behind the abduction of the 200 girls in the city of Chibok in Nigeria conducted by the Islamic terrorist group Boko Haram, but for those who live the drama the problem is increasing, as 11 parents have died already.

Chibok is currently surrounded by Boko Haram, which is constantly threatening nearby populations, which has also led to a wave of kidnappings to a limit that not even the government wants to recognize.

Likewise, parents of abducted girls have started to die three months after the terrorists take them away, without neither national nor international perpective of the problem being solved. Several parents of the young girls have died in clashes with Boko Haram, while at least four have died of cardiac events.

Meanwhile, Nigerian President Goodluck Jonathan met earlier this week with parents and classmates of the girls who escaped the terrorists recently, but declined to comment on the two hundred still kidnapped. 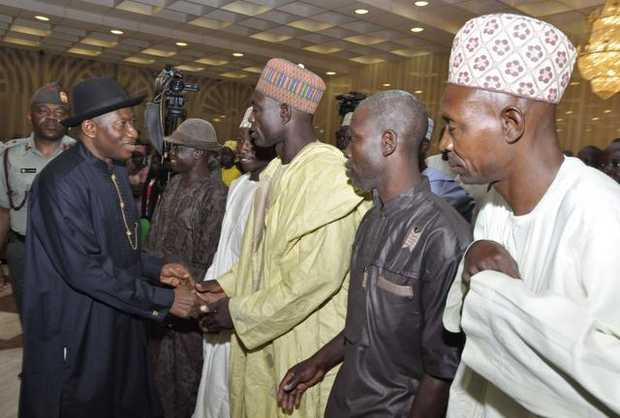 President Goodluck Jonathan met Tuesday with parents of the 219 kidnapped Nigerian schoolgirls and some classmates who managed to escape from Islamic extremists.