Parliamentary Law will have reforms

The Council of Legislative Administration (CAL for its Spanish acronym) began the process of the draft amendments to the Organic Law of the Legislative, whose author is the president of the National Assembly, Gabriela Rivadeneira.

In the 43 articles of the reform, Rivadeneira raises a union of the technical units of the Assembly. The proposal promotes the Technical Unit on Oversight and Political Control, to be an advisory body of the Presidency of the Assembly and not of the Commission itself.

Another change deals with the immunity issue, one of the most sensitive topics that had been discussed in the legislature, especially following the criminal judgment of former Assemblyman Cléver Jiménez, who was criminally tried without the plenary’s protection withdraw.

The text, which was sent by Rivadeneira, as an Assemblyman, to the first vice president of the Assembly, Rosana Alvarado, on last 21 April, has the support signatures from 15 of the 100 legislators in Alianza PAIS bench, so that it can be treated by the National Assembly. 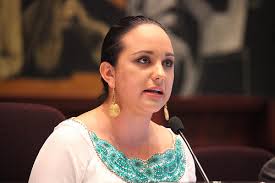