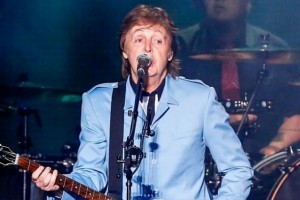 The fans of the ex-Beatle, Paul McCartney, will have the opportunity to see him in an unforgettable concert in the city of Quito, as part of his 2014 world tour that promotes his latest  production “New”.

On Thursday, March 13, at a press conference, details on tickets sales and its costs will be announced ​​, which confirms the presentation of the author of “Silly love songs” at the “Casa Blanca” stadium, in the north of the city, this April 28.

Aoki delighted the audience all night

“The Big Bang Theory” will have 3 more seasons