Peasants will protest on June 28 for their social security 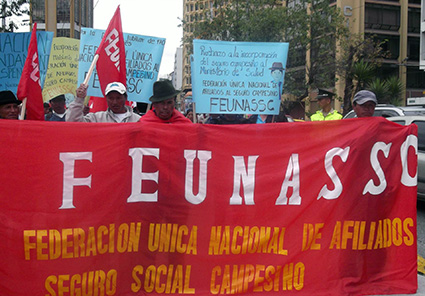 He also warned that 25,000 SSC women were automatically transferred to the housewives social security, which is stated in resolutions 492 and 516. Therefore, there will be a mobilization on June 28, he said.

Yesterday, Fausto Dután, director of the Rural Social Security, recognized that there was a problem with the case of the 25,000 women of the SSC, but with an internal resolution of the National Directorate of Affiliation (which indicates that no mandatory transfer for rural women was made and that they will keep having the SSC benefis) “the problem is already fixed.”