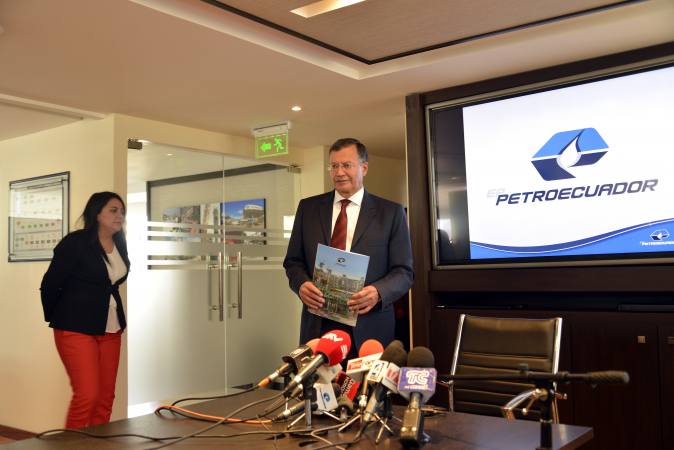 On November 13th 2015, Pedro Merizalde Pavon wrote on his Twitter: “The hydrocarbon sector is well routed. “Thank you very much @MashiRafael for allowing me to lead this route and onward to victory!” It was his goodbye message after occupying the charge of Ministry of Hydrocarbons. Then, he was replaced Carlos Pareja Yannuzzelli, who is now fugitive.

A few months later, on April 2016, he would return to occupy another high charge on the oil sector: general manager of EP Petroecuador, replacing Alex Bravo, who left the company because of “family matters”, but this was when the Petroecuador corruption scandal exploded. On the interim, Merizalde worked as adviser for the vice-president, Jorge Glas.

He now leaves Petroecuador because of “personal matters”, and facing two investigations: one for money laundering, which started on June 2016, and the second one for perjury, started on October 2016.

This way, for at least six years, Merizalde was located in several high charges, in both strategic sectors and the Ecuadorian vice-presidency. He was part of the government team that rotated permanently in several charges.