Persecution of dissidents of the Maduro government will continue, according to Leopoldo López 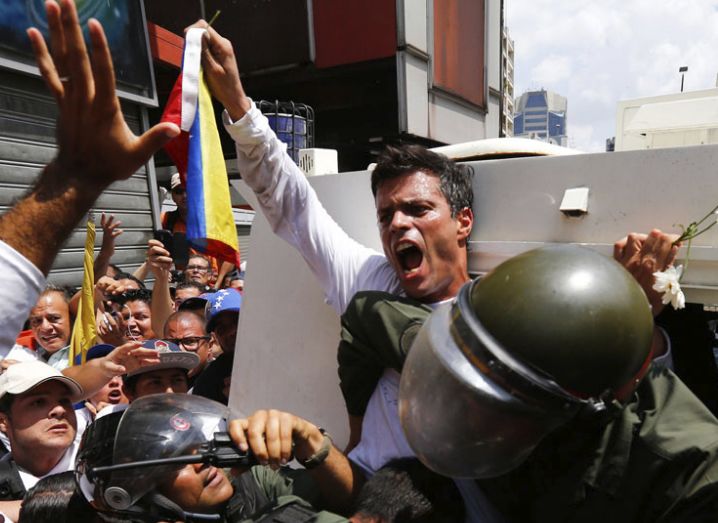 Jailed opposition leader Leopoldo Lopez said that the “persecution” of dissidents of the regime of th eVenezuelan President Nicolas Maduro will continue, according to an interview published this Friday by the Spanish newspaper El Pais.

“The persecution and criminalization of political dissent will continue,” said Lopez, 43, national coordinator of the Voluntad Popular party, radical wing of the opposition coalition Democratic Unity Roundtable, jailed in the Ramo Verde military prison after voluntarily surrendering on February 18, 2014.

Lopez is accused of inciting violence in the mass protests of early 2014 against the government of Maduro, which left 43 dead.

“At least those are the clear signs the government sends with the imprisonment of (Antonio) Ledezma,” the opposition mayor of Caracas, who on February 19 was removed from his office by the Venezuelan intelligence service and charged of conspiracy.

Regarding the division of the opposition to Maduro´s government, he said “there can be no fractures that weaken us. We need unity in protest and unity in election, unity on the streets and unity in the vote.”