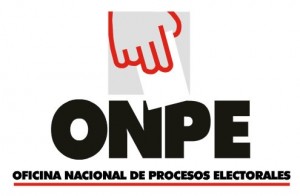 This Sunday, in the midst of a political shattered environment, Peruvians will choose their president and congressmen for the period 2011-2016. According to the analysts this uncertainty is reflected in the democratic weakness of the country.

Over 19,9 millions of Peruvians of 18 years and more have the obligation to attend the 103,622 voting polls distributed in 4,573 localities around the country. Meanwhile 750,000 immigrants will also cast their votes in USA, Spain, Argentina, Chile, and Italy.

Ten candidates struggle for the presidency, although only four of them are leading the election polls, this will allow them to compete in the second round programmed for June 5. The nationalist Ollanta Humala leads the polls with seven points, followed close by Keiko Fujimori, along with the liberal Pedro Pablo Kuczysnki, and the former president Alejandro Toledo is also competing.

However, the experts consider the possibility that several changes can still happen, experts do not know what direction could these changes take.

The election polls will be opened on Sunday at 8:00 am and will close eight hours later. The National Office of Electoral Processes promised the first results for 8:00 pm on Monday.