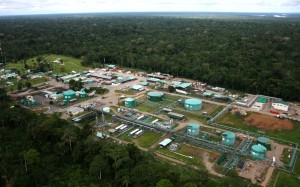 The daily oil production of Petroamazonas fell by 2.6% in the first half of this year, resported this state enterprise through a press release.
The average daily oil production in the first half of 2015 was 351 526 barrels. This implies a fall of 9546 barrels in the daily average compared to the average recorded in 2014, which reached 361 072 barrels a day.

According to Petroamazonas, despite the drop, the average recorded between January and June 2015 “demonstrates an adequate and sustainable operation due to the implementation of strategies that, under the guidelines of the National Government, take advantage in the best possible way of the resources in accordance with international market conditions.”