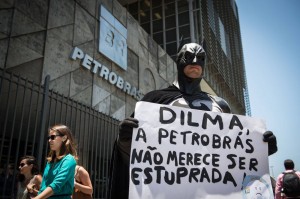 The corruption scandal involving Petrobras begins to have its impact on Brazilian banks, which received millions of dollars from the embezzlement, yesterday said the newspaper Folha de Sao Paulo.

Private banks are reluctant to immediately transfer to judicial accounts, the amounts belonging to those accused of involvement in the fraud that justice ordered to be blocked. In total, about $ 38.5 million are seized.

The blockade of assets affects executives of the largest construction companies, contractors of Petrobras, businessmen, moneychangers specialized in money laundering and former directors of state.

The banks claim that some money was invested in long-term policies, so they asked the judge to block the money as the titles mature.