Petroecuador conceals errors even in its motor park 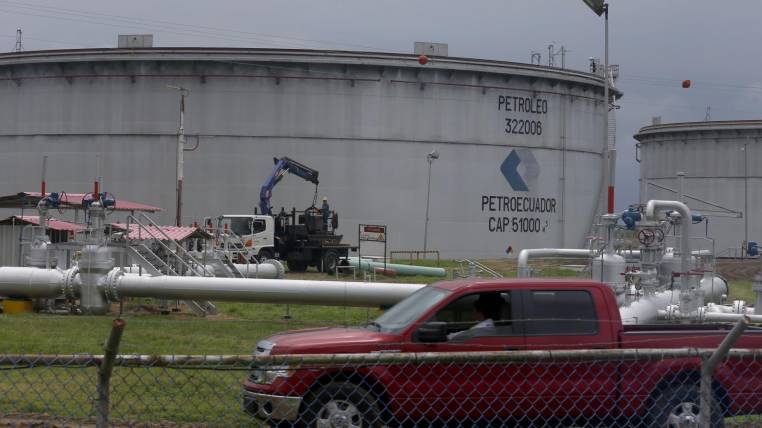 There is no clean place. The public oil company Petroecuador, adds another pole of irregularities. Its motor park was used without control or planning during the government of former president Rafael Correa. In total, until last year, the company had 1,099 vehicles.

The evidence of that number of cars is the first inconsistency. The last physical verification of the park was made in 2014 and it was published one year later. That is, the authorities in charge did not confirm that the 1,099 vehicles were still in the hands of the oil company. Moreover, his condition was not even confirmed with a physical inspection.

The Comptroller General of the State detected these inconsistencies after a special examination that was published on March 16 of this year. The current heads of Petroecuador expressed, on the analysis of the entity of control that provide all the collaboration to detect anomalies.

The car park, however, was not part of the series of irregularities. In Petroecuador, in the last year, overpricing, excessive hiring, poorly constructed works and potential arrangements with bribes were detected.

Between January 2014 and June 2017, it was also evident that the managements and directorates did not “implement procedures for coordination, filtering and updating of the information on the Property, Plant and Equipment Book of the vehicle fleet”. In that lapse they occupied the general management of the state Marco Calvopiña, Álex Bravo, Carlos Pareja Yannuzzelli and José Luis Cortázar. Three of them are arrested for acts of corruption.

To the problems of registration and the lack of physical inspections is added the lack of control in the use of motor vehicles. The Comptroller concludes that the reports of entry and exit of vehicles at Petroecuador “was not standardized at the corporate level, so in some cases the information was not complete”. In other words, there is no effective way to verify that the units were correctly used. Its location, in addition, was complex because there was no truthful information about his whereabouts.

The report DNAI-AI-0274-2018 concludes that other inappropriate handling was found in the vehicles that were discharged or finished off. Petroecuador did not regularize the status of several units in entities such as the Internal Revenue Service (SRI) and the National Transit Agency (ANT). Cars sold at auction had invoices and fines to pay.

The report includes a series of additional problems such as lack of identification of vehicles, errors in the registration of plates, inconsistencies in the number of chassis and discs, units that were still in the records despite having documentation of their loss, among others.

The general study of the Comptroller’s Office is novel because, in total, the oil fleet of the oil company is valued at 26.6 million dollars.

In the first four months of the year, the state company Petroecuador spent less than in the same period last year, at least in current items. According to the latest financial statement of the oil company, there is a reduction of 8.68%.

Petroecuador spent less, for example, on crude refining. In 2017, 71.9 million dollars were used in expenses of that business unit. This year, on the other hand, expenditures totaled 42.6 million dollars. 40.95% less.

In logistics and supply there was also a considerable fall. From 25.3 million dollars passed to 18.2 million. 27.69% lower.

Even in administrative support there is a drop in expenses. From 59.7 million it fell to 41.6 million dollars. 30.29% reduction

Tarcisio Granizio: “It is much more likely an accident with small boats”