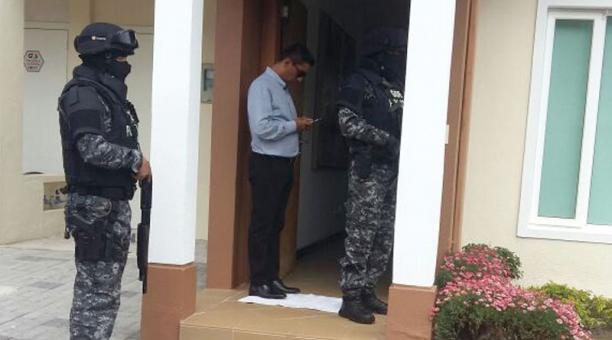 Former manager of Ecuador Alex Bravo, who was arrested this morning in Tumbaco in order to conduct investigations of alleged influence peddling, was transferred to the Flagrante Delicto Unit of Quito to make a statement.

Bravo arrived at the judiciary unit of the capital, located in the Patria Avenue, before 13:00 under police protection, by members of the Special Operations Group (SOG) of the Police.

The Prosecutor´s office published this morning on its Twitter account that a raid was carried out in the home of the former official. Both the Panamanian Public Registry as the so called Panama Papers shows records of five companies related to him.