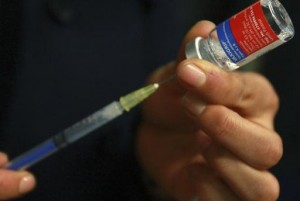 Four monkeys received today an experimental vaccine against Ebola, developed by the Canadian pharmaceutical Immunovaccine, and survived after being exposed to a lethal dose of the virus.

Immunovaccine added that two monkeys which were exposed to Ebola but not did not receive the experimental vaccine died. The animals used in the experiment were cynomolgus monkeys.

The company said in a statement that the surviving macaques received two doses of the vaccine before being exposed to a “lethal dose” of the Zaire strain of Ebola, “considered the most lethal Ebola virus responsible for the current outbreak” in Africa.

“Given the high efficiency observed in macaques, Immunovaccine is exploring a potential program development of a Ebola virus vaccine with various organizations,” the company added.

The executive director of Immunovaccine, Marc Mansour, said: “These preliminary results are encouraging and support the continuous assessment of a Ebola vaccine in DepoVax (developer company)”.