Plan for promoting production and export of coffee 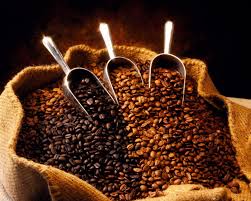 Dublinsa, with robusta coffee type (variety for industries mainly) and the National Association of Coffee Exporters (Anecafe), with Arabic (at best quality) seek to give life to the coffee sector, annihilate with the lower prices.

The proposals, supported by industry, farmers and the Government, prepare techniques and varieties that will allow the country to export more grain and avoid the imports which used the national factories to process it and then sell it to the world. Thus complete the demand of one million bags of 60 kilos of robust for the national industry and recover the Arabian traditional areas such as Jipijapa.
For example the Robusta of Isidro Ayora, the batch of 10.3 hectares, established on July 15, 2014, last month had 84% of the flowering plants. The projection is 20,45 quintals of quality gold coffee, 24 months after seeding. Hence the harvest will increase gradually. From the fourth year, it will be 76.3 and 103.8 quintals of coffee gold per hectare.
While the Arabian of Jipijapa, the early sowings were performed in April 2012 and in average production could be among the 22-25 quintals of gold (ready to export), with management practices that must be done promptly: weeding, fertilization, irrigation. The Arabian has greater price than the robusta.

Buque Guayas is exhibited in New York until Thursday