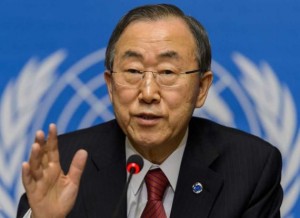 The UN announced on Thursday the creation of an emergency mission to combat Ebola will be responsible for the coordination of international efforts to combat the outbreak of the disease in Africa, among other functions.

“I have decided to establish a mission health emergency of the United Nations, combining the strategic perspective of the World Health Organization with a capacity of logistics and operational very firm,” stated UN Secretary General Ban Ki-moon.

The announcement was made during a meeting of the UN Security Council convened specifically to discuss the Ebola outbreak in West African Nations.

The United Nations Mission for Ebola Emergency Response (UNMEER in English) expects that the advance team of this unit go to affected countries before the end of this month, Ban added.

Stop the outbreak, assisting infected ensure the provision of basic services, protect their health stability and prevent future outbreaks are among the priorities of the mission.