Police chatted with dissident on the same days of two attacks 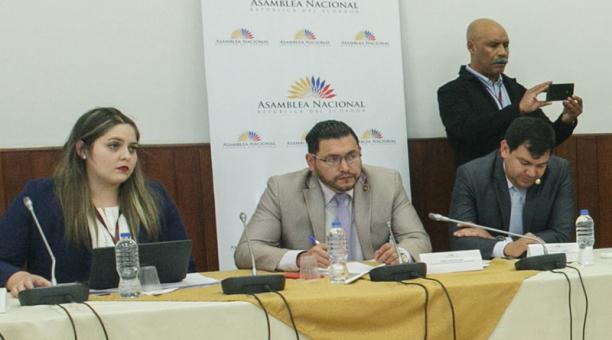 The attacks perpetrated by the FARC dissidents did not stop the conversations that the Police Major had with the armed ones. For example, on March 17, after a bomb exploded at the Borbón naval checkpoint (Esmeraldas), alias ‘Guacho’ asked the officer to appoint a delegate to hold a meeting in Puerto Rico (Colombia). Judicialized documents say that the dissident wanted to make the appointment to reach agreements such as the release of three of his men, the ceasefire and the elimination of agreements against terrorism.

The policeman tells him that they already had a person who was going to act as a negotiator and that he agreed to meet with the armed, but that after the attack on the naval checkpoint, that chosen representative turned back. Then the officer asks for more time to find another person, but the chief of the dissidents threatens more attacks and plagiarizing civilians.

For this reason, the Major asks the National Intelligence Directorate to establish a crisis committee with police and civilian military authorities. According to the judicial file, the intention was to “designate roles and responsibilities to each member of the committee, avoiding centralizing any responsibility in the Police.”

But the meeting was not a new request. Since January 13, when they start chatting, ‘Guacho’ demands that they meet. He even delegates one of his men identified as Andrés Sinisterra, to “initiate the negotiation process and finalize the different agreements between the dissident and the Ecuadorian Government.” In these conversations, the officer and the chief delegate of the irregulars agree to have regular conversations on Thursdays and Fridays.

The first meeting was scheduled for February 27 of this year. The meeting point was El Pan, an Ecuadorian town that is on the border with Colombia. 10 days before that conversation, in that locality the dissidents attacked the soldiers who patrolled the area and the appointment was suspended.

For that reason, in the chat, the delegate of ‘Guacho’ tells him that the Ecuadorian delegation goes down to El Pan and that he will wait there to talk about the agreements.

Finally the meeting does not materialize, because the Mayor asks for more time to get a representative. The lack of confirmation of the police makes the ex-guerrilla, on March 20, cut the communication. When that happens, he says there is no truce and that he will “show what can happen in the country”. That same afternoon, ‘Guacho’ assassinated three sailors in Mataje with explosives (the fourth uniformed died later) and seven days later the kidnapping of journalist Javier Ortega, photographer Paúl Rivas and driver Efraín Segarra of this newspaper was confirmed.

Before those events, the dissidents made more demands. One of them was to create another communication channel with the police. That’s why they asked the Major to give them a radio frequency.

They also demanded that the military leave the border area. The officer, for his part, asked for more time to get his chiefs to accede to the requests. Even in a conversation it is read that the release of the detainees will be discussed at the meeting in Puerto Rico. The suspects that alias ‘Guacho’ requested were arrested in Mataje on January 12.

The first demand for his release is given a day later, through a message sent to the Major. He says that they possibly got his number because he was in the papers stuck in checkpoints.

The Major of the Police delivered the first informative part about the chat to the San Lorenzo Command. There he says he chatted with ‘Guacho’ since January 13.

The officer begins to deliver the informative parts of the communications to the National Directorate of Intelligence. Send images and audios of calls.

The Major renders a voluntary version before the Prosecutor’s Office. There he says that from the first contact he had with dissidents he informed a colonel of San Lorenzo. (I)