Police officer Vinicio Carvajal sent his apology to President Rafael Correa for his involvement in the attempted crime of assassination which, according to the court that sentenced him to twelve years in prison, was committed during the police uprising of September 30, 2010.

The defense of the officer expected to benefit from clemency, which under Article 74 of the Integral Criminal Code, may be granted by the president in favor of the convicted.

During the nation-wide broadcast of August 30, the president offered pardon for the officers as long as they “…recognize their huge mistake and apologize, not the president but the entire country, with the consent of the relatives of the victims.”

On last August 1, just as Carvajal, five officers were sentenced by the Criminal Court. According to the defense of the accused, their customers will not accept this offer because they believe it would be recognizing a crime they did not commit. 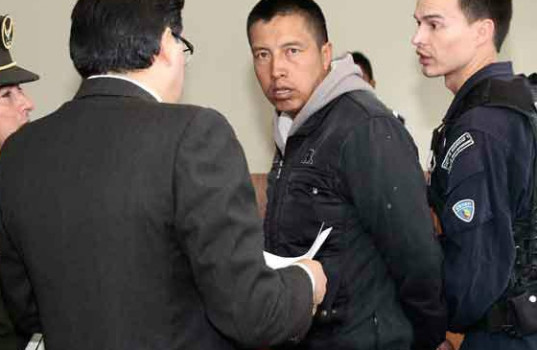 Product labeling information will be checked under the INEN rules