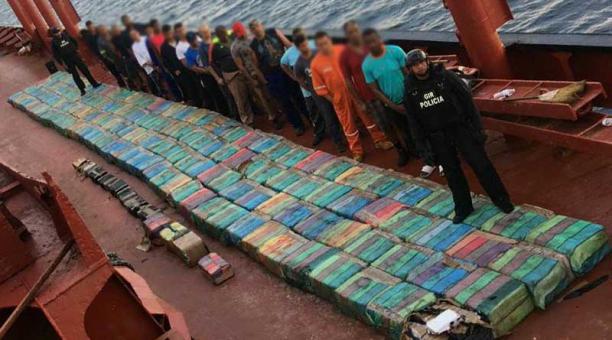 The night of May 11, Deputy Interior Minister Diego Fuentes reported the seizure of five tons of drugs. In a message written on Twitter, the official said that the drug seized was cocaine. The illegal cargo was found hidden in the cargo of a ship bound for Panama and Spain.

According to Fuentes, this operation left 25 detainees and was jointly coordinated with Spain. This would be the largest seizure of alkaloid (in one single operation) ever recorded in Ecuador.

The Chocolate Hall will be at the Roots Fair 2017

The IESS, under criminal investigation for the disbursement of $252 million