On the morning of this Tuesday, October 15, 2019, the governor of Guayas, Pedro Pablo Duart, toured the Police Hospital, north of Guayaquil, to know the health status of the six police officers who remain hospitalized as a result of the attacks who suffered during the demonstrations.

According to data from the Police of Zone 8, which includes Guayaquil, Durán and Samborondón, 32 injured agents registered during the 12 days of protests against the economic measures. 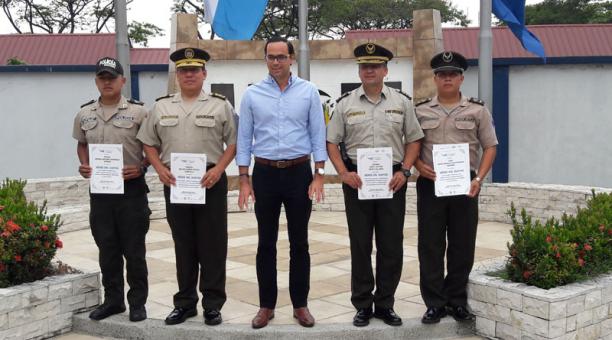 The governor spoke with each of the policemen who rest in the hospital to know their state of health.

The assaulted uniformed presented injuries to their limbs, one of them had a broken nose, from the blows received, and others were injured with white weapons.

Agents hope to recover soon to return to the ranks and continue working. In the facilities of the Model Barracks, four police officers were also awarded with the recognition of ‘Heroes of Guayas’.

Police Hernán Rodríguez received one of the awards for his work. The agent suffered attacks during the protests in the center of the city of Buenos Aires. The fact was recorded and the video circulated through social networks.

The policeman patrolled his bicycle, then was cornered by a crowd that began to hit him and push him to remove his endowment weapon. The governor of Guayas congratulated the work of the National Police.

“Thanks to you, peace was recovered in the province. We will continue to support them, ”said Duart. General Ramiro Ortega, commander of Zone 8; Colonel Ángel Zapata and second corporal Mario Saldarreaga were also recognized for their work during the protests.

“We are proud to represent the 12,000 uniformed people who work day by day to maintain security in the city,” said General Ortega.

The OAS Advisory Council supports peace and democracy in Ecuador