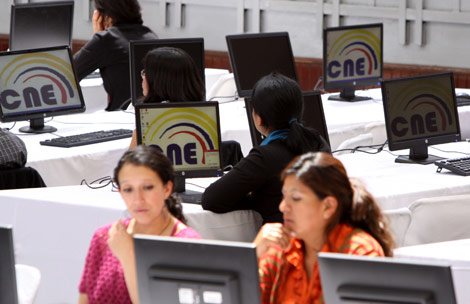 Within the prohibitions to be nominated as member of the CNE, in addition to those in the art. 232 of the Constitution, which refers that persons directly related to the activity that is intended to regulate will not be elected, the call establishes 13 the unfit groups to participate in the competitive examination and merits .

The first three prohibitions refer to those that record problems with the Ecuadorian courts, after that those have contracts with the State, in addition to those who have complaints against for domestic violence.

The second group are those who maintain debts with the state, for tax concept  or related to Social Security.

The last group of limitations refers to those who are part of an armed body, like the FFAA, police or CTE.

The candidates will be nominated until Friday, September 5.

Reform to the COIP begins to be processed