Last Sunday, in different parts of Venezuela, opposition supporters burned dolls and dummies of President Nicolas Maduro, the number two of the Chavez movement, Diosdado Cabello and other senior officials, while government supporters put on fire some opposition members such as governor Henrique Capriles and jailed protest leader Leopoldo Lopez.

The Burning of “Judas” is a tradition that carry out a message of rejection for either emblematic figures of political or national events in general. Also in some places, protesters burned dolls representing the National Guard and the National Police. 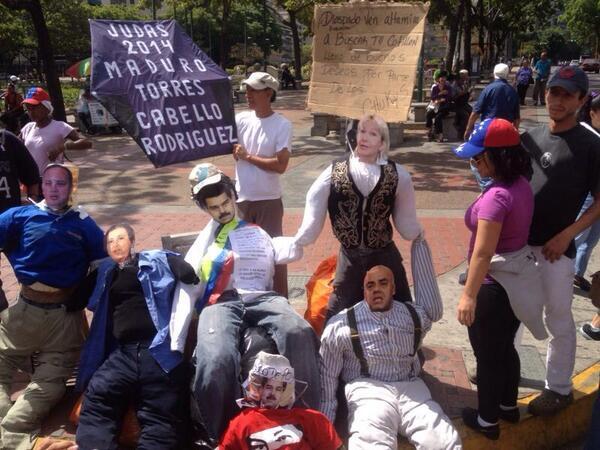