Pope Francis announces his visit to Bolivia, Paraguay and Ecuador this year 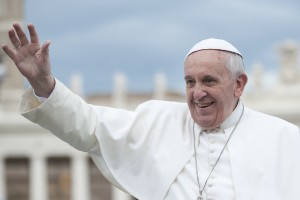 Pope Francis announced yesterday his plans to visit Bolivia, Paraguay and Ecuador in 2015. He also noted that this year he also expects to visit Africa. These statements were made to reporters during his return trip to the Vatican, after his visit to the Philippines.

The President of Bolivia, Evo Morales, said in a press conference earlier that the Pope had announced, unofficially, his visit to the three Latin American countries this summer. After that, Francisco confirmed the trip aboard the papal plane carrying him to Rome, after a one-week tour through Asia.

“We have thought for this year, but everything is still in draft, going to Ecuador, Bolivia and Paraguay. These three countries. Next year, God willing, I would go to Chile, Argentina and Uruguay. Peru is missing, but I do not know in which place pf the agenda we can put it,” Francisco stated, according to Aciprensa.

He also said he would visit Uganda and the Central African Republic.